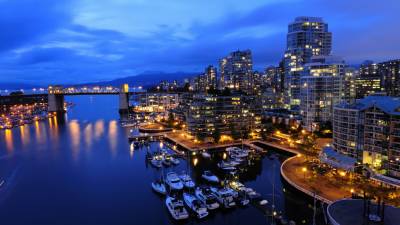 20th Workshop on Advances in Parallel and Distributed Computational Models

The past twenty years have seen a flurry of activity in the area of parallel and distributed computing. In recent years, novel parallel and distributed computational models have been proposed in the literature, reflecting advances in new computational devices and environments such as optical interconnects, programmable logic arrays, networks of workstations, radio communications, mobile computing, DNA computing, quantum computing, sensor networks etc. It is very encouraging to note that the advent of these new models has lead to significant advances in the resolution of various difficult problems of practical interest.

The main goal of this workshop is to provide a timely forum for the exchange and dissemination of new ideas, techniques and research in the field of the parallel and distributed computational models. The workshop is meant to bring together researchers and practitioners interested in all aspects of parallel and distributed computing taken in an inclusive, rather than exclusive, sense. We are convinced that the workshop atmosphere will be conducive to open and mutually beneficial exchanges of ideas between the participants.

Topics of interest include, but are not limited to

Models of Parallel and Distributed Computing

Prospective authors are encouraged to submit an electronic version of original, unpublished manuscripts, not to exceed 10 pages using Manuscript Templates for Conference Proceedings. We also welcome comprehensive survey papers on timely topics. Abstracts must be registered through EasyChair by February 8, 2018**. After the abstract registration, the PDF of the paper must be submitted by February 14, 2018. You can update abstract and the PDF anytime before the due dates.

The International Journal of Networking and Computing is a biannual journal that publishes peer-reviewed articles in all areas of networking and computing. It has both print and online versions. All papers are indexed in indexing services including DBLP Computer Science Bibliography, Google Scholar, J-DreamII, and J-GLOBAL.

Please see International Journal on Networking and Computing(IJNC) for the details of submission.

Any inquiry concerning the workshop may be sent to apdcm18@cs.hiroshima-u.ac.jp.

Except where otherwise noted, content on this wiki is licensed under the following license: CC Attribution-Noncommercial-Share Alike 4.0 International